Our international tax services are designed to help businesses operate on a global scale – irrespective of how large they are. They’re custom tailored for inbound and outbound corporations, partnerships and other entities, and for executives and individuals who live, work or invest worldwide.

Guiding Business Communities Around the World Through International Tax Advisory

For businesses operating in multiple countries or individuals with assets and income in multiple countries, regulations and reporting requirements are increasingly complex. Our international tax specialists provide the support needed to remain compliant, take advantage of available tax benefits, and maintain a competitive effective tax rate — while you focus on growing your business.

At Withum, our global tax clients get access to all our traditional business tax services along with some additional planning and advisory options that include:

Our international tax compliance process ensures the accurate and up-to-date administration of your direct and indirect taxes. Our tax advisors will help you save precious time spent on mandatory activities, assuring your company’s compliance with local tax regulations, such as: preparing the tax returns/tax filings, resolving the local tax authorities’ enquiries and representation during inspections.

As your business develops you could benefit from having a dedicated team of professional tax advisors who can provide you with international tax consulting on day-to-day matters as well as on specific transactions – to minimize risks and maximize the value of your business.

Our experienced tax experts are ready to offer assistance to maintain compliance with your statutory return, disclosure and documentary obligations – and even more. In addition to timely, accurate, complete, effective and efficient tax compliance, we advise clients regarding:

The United States has entered into tax treaties (also called double tax agreements, or DTAs) with many other countries to avoid or mitigate double taxation. Such treaties may cover a range of taxes including income taxes, inheritance taxes, value added taxes, or other taxes.  Additionally, the US has “Totalization Agreements” with 30 countries, impacting the imposition of Social Insurance Taxes, such as Social Security, when employees work in countries other than their home country.

Besides bilateral treaties, multilateral treaties are also in place. For example, European Union (EU) countries are parties to a multilateral agreement with respect to value added taxes under auspices of the EU, while a joint treaty on mutual administrative assistance of the Council of Europe and the Organization for Economic Co-operation and Development (OECD) is open to all countries.

Tax treaties tend to reduce taxes of one treaty country for residents of the other treaty country to reduce double taxation of the same income.  Failure to plan or seek accurate advice regarding benefiting from a tax treaty may not only unnecessarily increase your world-wide effective tax rate, but won’t be factored into cross-border business planning.  We focus on implementing practical solutions to align your multinational operational needs with cash flow planning and avoidance of double taxation.

International companies choose their capital structure according to differences in international taxation, in order to minimize the tax burden of the company group as a whole. However, change is constant – changes not only in your business operations, expansion, mergers & acquisitions, but changes in multiple jurisdictions’ tax laws and regulatory requirements. The OECD’s “Base Erosion and Profit Shifting” initiatives require additional reporting by global businesses. It is time to review your structure if you are seeing your world-wide effective tax rate increase, if you are having difficulty deploying financial assets in various countries, or if you are having trouble repatriating profits. Our approach is to understand your business, your profit, accounting and cash flow needs, and collaborate to design and implement structural changes to improve efficiency and effectiveness.

We offer reliable transfer pricing analyses across all industries and locations around the world. Our international tax advisors can assist with preparing pricing documentation, tax minimization planning, BEPS compliance, and pricing controversy services.

For US citizens and permanent residents who live and/or work abroad, and for expatriates living and/or working in the US. US taxpayers can reduce their US tax exposure through the utilization of the Foreign Earned Income Exclusion and Foreign Tax Credits. Expatriates present in the US for a substantial period of time (as defined by the IRS) become US tax residents, subject to tax on their world-wide income; however, tax planning can limit excessive tax in the two countries.

The way your investments are legally owned impacts how those investments are taxed. Many high-net-worth individuals chose to use special vehicles and trusts to hold their investments in financial and non-financial assets. Real Estate ownership especially requires care in structuring holding companies.

The reporting of foreign income and foreign investments has become a target of increased IRS scrutiny. US taxpayers are required to report their world-wide income and US tax is calculated thereon. US taxation can be limited through the utilization of foreign tax credits, provided proper care is taken to confirm the appropriate tax has been paid in the foreign jurisdiction.

Tax Equalization is a compensation approach used to neutralize the effect of a global assignment on an individual transferee’s personal tax liability. Equalization plans work to have the transferee pay tax as if he or she had never left his or her home country. Tax protection allows the transferee to pay the lower of the home or host country taxation. When companies protect the employee from excess taxation, that benefit creates additional taxable income in the US, so further “grossing up” of the employee’s salary might be required. Generally, tax equalization takes into account all taxes on income, including social security and other social insurance taxes.

The US has established a network of 30 bilateral Social Security agreements that coordinate the US Social Security program with comparable programs of other countries. Often called “Totalization Agreements”, these agreements have two main purposes. First, they eliminate dual Social Security taxation, the situation that occurs when a worker from one country works in another country and is required to pay Social Security in both countries on the same earnings. Second, the agreements help fill gaps in benefit protection for workers who have divided their careers between the US and another country. Utilizing a Totalization Agreement requires related companies to be operating in each country, with the employee obtaining a “Certificate of Coverage” in order to verify which country will receive the Social Security taxes. Generally, the employee must actually be (or plan to be) in the host country for five years or less.

Such treaties provide rules to minimize and avoid double taxation that can arise when two countries both have the right to tax the decedent under their domestic law. Treaties provide primary and secondary taxing rights, situs rules and special rules dealing with credits, deduction, and exemptions. Individuals living internationally or owning assets in multiple countries need to take care in planning their estates and gifts in order to avoid an adverse tax situation.

Businesses operating as an IC-DISC are subject to special stipulations; having a separate bank account and keeping separate accounting records to name a few. To make sure you continue to receive your 15.8% tax credit, or to determine if you qualify for benefits, it’s important to work with an international CPA firm that has experience with the nuances of IC-DISC regulations.

Why Choose Withum for Your International Tax Services

Given our ample experience working across dozens of industries in an array of countries, we have the ability to act as an “International Desk” — a one-stop-shop for all things global tax related. By partnering with Withum, you get access to our network of country-specific experts and specialists, while having a local contact to assist with all your international tax, accounting, and legal questions.

As a premier international tax firm, Withum is also an independent member of HLB, the Global Advisory and Accounting Network. As a member of HLB, we offer international knowledge and expertise that our clients can rely upon, providing direct access to professional accountants and business advisors in over 130 countries. We have a history of innovation, collaboration and are dedicated to helping our clients grow across borders. 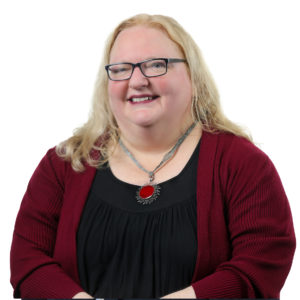