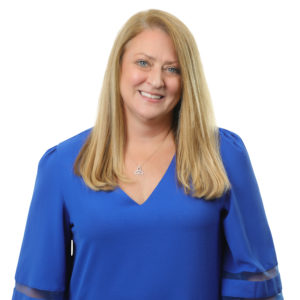 Taryn is a partner based in Withum’s East Brunswick, NJ office and serves as the Practice Leader for the Firm’s Life Sciences Service Group. With over 25 years of public accounting experience, Taryn has focused the majority of her career providing accounting, auditing and advisory services to private and public companies, from early-stage startups to mature entities, in the life sciences space.  Taryn’s client base includes pharmaceutical, medical device, diagnostic, therapeutics, nutraceutical, and research companies. As a Practice Leader, Taryn’s responsibilities include representing the firm in the marketplace, developing marketplace strategies, leading the growth and success of the firm’s life sciences practice.

Taryn is a valued mentor to many team members at Withum and is also a founding member of the Firm’s Women’s Leadership Development Initiative, now Women of Withum (WoW). WoW’s mission is to create opportunities to motivate, advocate, elevate and empower our female team members with the tools they need to succeed.  Taryn is also the executive sponsor of the Firm’s DisAbility+ Team Member Resource Group.

Taryn was named as NJBIZ‘s “Forty Under 40” and “Best 50 Women in Business” lists recognizing her for her commitment to business growth, professional excellence, and involvement in the community. Taryn also received the Greater Media 98.3 Women in Business 2011, Women in the Workplace Award, and a 2014 Salute to the Policy Makers Award from Executive Women of New Jersey for her continued dedication to the advocacy and support of women in the workplace. For her constant commitment to service and giving back to the community, she was named a Community Leader of Distinction by the Middlesex County Regional Chamber of Commerce in 2015.

Taryn resides in Middlesex County, NJ with her husband and children. Women Who Lead in Life Sciences

We asked a group of influential women in the industry about the sector’s current trends, opportunities, challenges, and what they think it takes to be successful in this area. Taryn […] Share In the wake of COVID-19, the National Institute of Health, (the “NIH”), like so many others, has reacted with a response center for those that are applying for and […] Learn More
More From This Author